What We Can Do Now for the Arctic 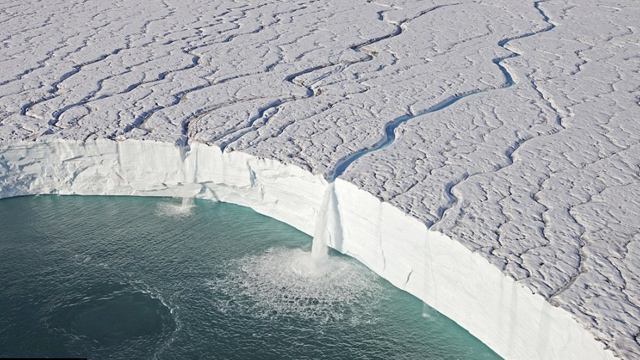 Last week I was in New York, where policy makers and the public alike spoke out about climate change. None of us are strangers to the realities of climate change — steadily climbing temperatures and carbon dioxide (CO2) levels, melting ice and rising sea levels. However, fewer people are aware of how they can help to tackle the problem.

While we often think about the effect of climate change on our lives and on the land we inhabit, it’s also important to focus on the blue spaces that make up so much of the Earth.

The ocean covers two thirds of the planet, produces almost half of all the oxygen we breathe and sequesters more than a quarter of the CO2 we emit into the atmosphere. It is, in essence, the kidneys of our planet, keeping systems healthy, giving life — and there is no way to put it on dialysis.

The ability of this life system to continue to provide these essential ecosystem services is being compromised. As rising temperatures reduce the oxygen carrying capacity of the ocean and the amount of CO2 being absorbed causes acidification , marine organisms and ecosystems are suffering. Habitats are being destroyed, fish stocks are over exploited and marine predators are becoming extinct at an alarming rate.

In the Arctic, the problem is particularly clear: it’s melting. Beyond the four million people living there who are affected every day by rising temperatures, we all face the consequences of the changes in the Arctic. Extreme weather, rising sea levels and food insecurity, particularly in the most impoverished parts of the world, are all growing problems. As the ice is melting, a new ocean is being born — one that some may try to exploit through fishing and oil and gas drilling, which is fraught with uncertainty and has the potential for devastating harm.

So where do we go from here? There is an extraordinary opportunity to rescue this new ocean, ‘refreeze’ what we can by establishing structures to protect this beautiful place before it’s even fully born and understood. Just as a healthy body is more resilient to disease, a healthy ocean is more resilient to harmful change.

The International Declaration on the Future of the Arctic is a charter for Arctic protection being spearheaded by our friends at Greenpeace. I have signed the declaration and look forward to working with the leaders of the Arctic States and representatives from the United Nations to ensure that the Arctic is fully protected before it’s too late.

In this time where we feel paralyzed by messages of doom and gloom, let’s remember that we can change things. We can make a difference and we have a responsibility to future generations to ensure that our actions today don’t destroy their future.

Millions have already declared their support for protecting the Arctic. Join us – sign the pledge here.