When Humans Declared War on Fish 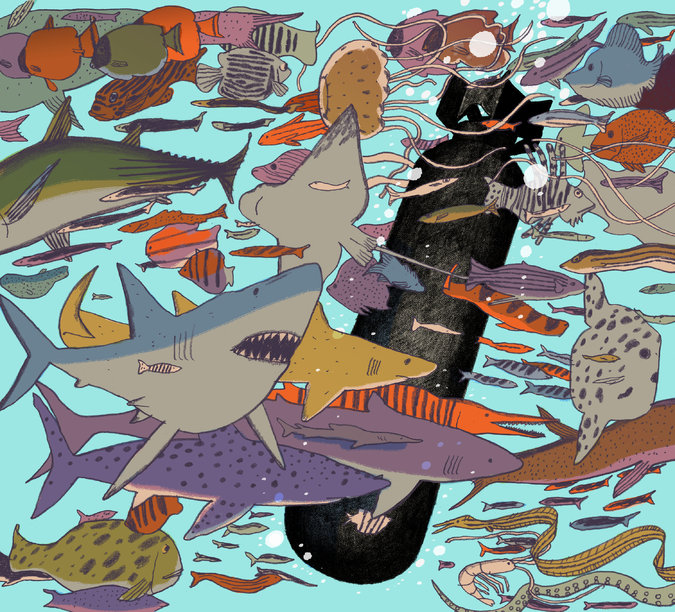 ON Friday we humans observed V-E Day, the end to one part of a global catastrophe that cost the planet at least 60 million lives. But if we were fish, we would have marked the day differently — as the beginning of a campaign of violence against our taxonomic classes, one that has resulted in trillions of casualties.

Oddly, the war itself was a great reprieve for many marine species. Just as Axis and Allied submarines and mines made the transportation of war matériel a highly perilous endeavor, they similarly interfered with fishing. The ability to catch staple seafoods, like cod, declined markedly. Freed from human pursuit, overexploited species multiplied in abundance.

But World War II also brought a leap in human ingenuity, power and technical ability that led to an unprecedented assault on our oceans. Not only did ships themselves become larger, faster and more numerous, but the war-derived technologies they carried exponentially increased their fishing power.

Take sonar. Before the 1930s, electronic echolocation was a barely functioning concept. It allowed operators to trace the vague contours of the seafloor topography and crudely track the pathway of a large moving object. But the war pushed forward dramatic advances in sonar technology; by its end, sophisticated devices, developed for hunting submarines, had grown infinitely more precise, and could now be repurposed to hunt fish.

Schools of fish could soon be pinpointed to within a few yards, and clearly differentiated from the sea’s bottom. Coupled with high-powered diesel engines that had been developed during the global conflict, the modern fishing vessel became a kind of war machine with a completely new arsenal: lightweight polymer-based nets, monofilament long lines that could extend for miles and onboard freezers capable of storing a day’s catch for months at a time.