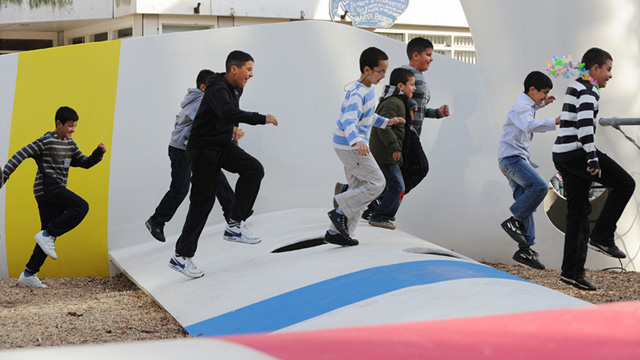 The Netherlands has a long and rich history of harnessing energy from the wind. Hell, the windmill is their national symbol. Today, the country is a global leader in sustainable design. So it comes as no surprise that Dutch designers have found a creative way to reuse old wind turbines: a fun-filled playground created from recycled wind turbine parts.

Designed by 2012Architecten, the Wikado Playground in Rotterdam was constructed from five old turbine blades, which were cut up and reassembled into mazes, tunnels, towers and slides for local children to play on. As you can see from the photos, the entertainment zone is an endless source of fun.

As Kimberley Mok mentions at Treehugger, windmills and turbines are still very much a part of the Dutch landscape. With the Wikado Playground, the designers take a historical piece of the Dutch identity and niftily integrate it into the modern city.