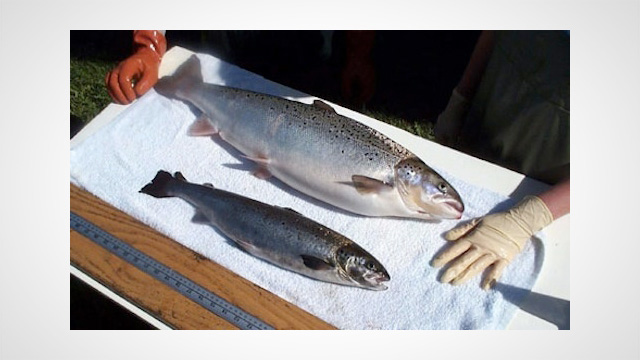 If you're into eating mutant animals, it's time to get excited. The FDA declared last week that genetically engineered Atlantic salmon "is as safe as food from conventional Atlantic salmon," clearing a major obstacle in its upstream swim toward our dinner plates.

If the idea of eating a fish developed in a science lab sounds unappetizing to you, maybe you'll change your mind when you hear its delicious name: AquAdvantage. Yummy.

If approved, AquAdvantage would be the first genetically-modified animal cleared for public consumption. It will take another few weeks to complete the approval process, and another two to three years until we start seeing AquAdvantage salmon in stores.