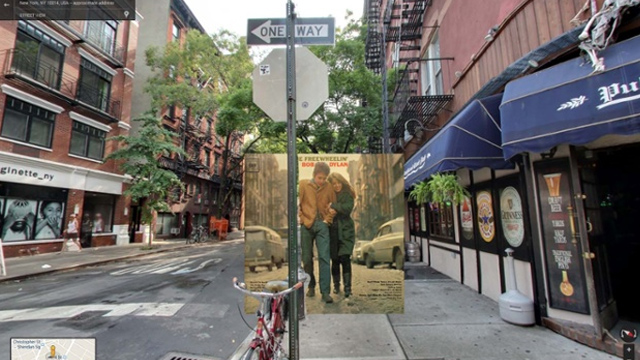 Following on an earlier series in the same vein, The Guardian’s “Google Street View Specialist” has unveiled a new GSV series, this time showing iconic album covers in the exact locations where they were photographed. From the obvious (The Beatles’ Abbey Road), to the less so (Times Square as seen on PJ Harvey’s Stories from the Sea), the images revisit the scenes of classic LPs, and show how much (or little) the urban zones have changed over the years.

Above is a selection of covers showing spots in New York City and one in London. See if you can recognize where they were shot, and hit up The Guardian for the answers.

We’re not sure which is more interesting, the images themselves or the fact that The Guardian employs a Google Street View Specialist.