Is Real Time Farms the Wikipedia of Food? 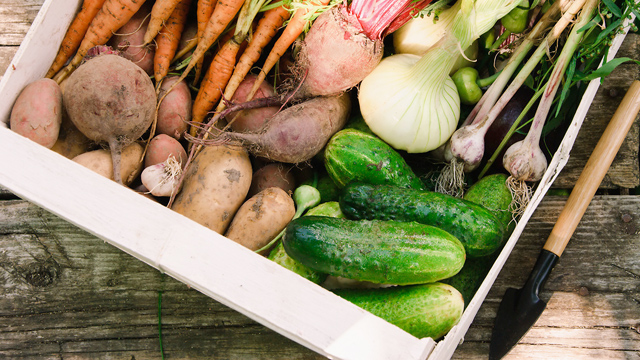 The locavore craze, once the domain of a handful of hardline foodies, has gone mainstream. A seeming majority of restaurants now list describe their food as “local.” But do we know where precisely each ingredient was produced? Not now, but if Real Time Farms has its way, we will soon.

Launched by an ex-Google software engineer in the spring of 2010, Real Time Farms is a web-based, crowdsourced food guide, aiming for nothing less than “to collectively document the whole food system.”

At Co.Exist, Andrew Price explains how it works:

On the Real Time Farms homepage you can plug in your zip code to see a map of farms, farmers’ markets, and restaurants in your area. By using the “pins” feature, you can then see the connections between them. You can easily find, for example, the specific farms that supply a restaurant with its bread, produce, and meat. By looking at a restaurant’s page on Real Time Farms you can actually see a version of the menu with links that connect specific ingredients with their suppliers.

Sounds pretty genius right? Almost like the Wikipedia of food. Well, not quite. At this point the database of listings is a little short of a full plate. There is comprehensive data for Ann Arbor, Mich., where the site was launched, and a decent number of listings in New York City, Los Angeles, and Washington D.C. Other than that it’s a little thin.

Still, the “for-profit social venture” is a worthwhile project. With enough audience participation, it could be a truly incredible resource.