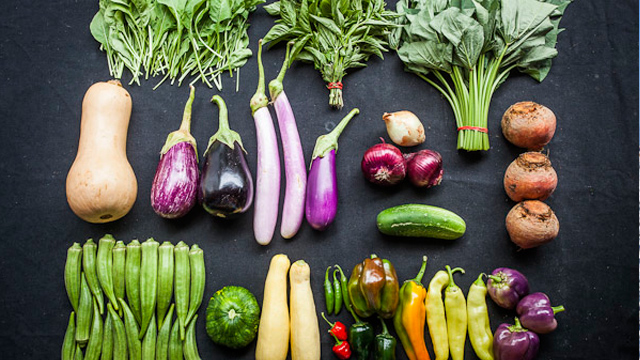 The locavore/organic food movement is alive and well in Austin, TX, and Johnson’s Backyard Garden is right in the middle of it. Located in East Austin, the Johnson garden has been producing organic veggies since 2004. Today, the city farm stays active supplying local eateries, selling at local farmers’ markets, and packing CSA boxes for hungry locals with an interest in fresh, local, organic produce. Other people active in the small-scale ag space could learn a lot from JBG’s web presence, which sports a simple yet attractive design, a regularly updated blog, and plenty of juicy pics.

Also included on Johnson’s site are CSA member recipes that star ingredients grown on the farm. This spicy pepper sauce looks like a great one to try.

This Peruvian-inspired hot pepper sauce, or ají, is a great way to add some tangy heat to your meals.  Ajíes are commonly used as a tabletop condiment, but they also make a nice spicy base for sautes and stir fries.

We made this ají with seasonal peppers, including serranos, hinkelhatz, and sweet Ringos, from Johnson’s Backyard Garden in Austin, TX.  We seeded about half of the hot peppers, but feel free to seed more if you don’t like a lot of heat, or less if you like more.

Combine peppers, garlic, and lime juice in a food processor or blender and process until thoroughly chopped.
Season to taste, but be careful because those tastes will be hot!

Store in a glass container for up to 2 weeks in the refrigerator (though you’ll probably use it up before then).