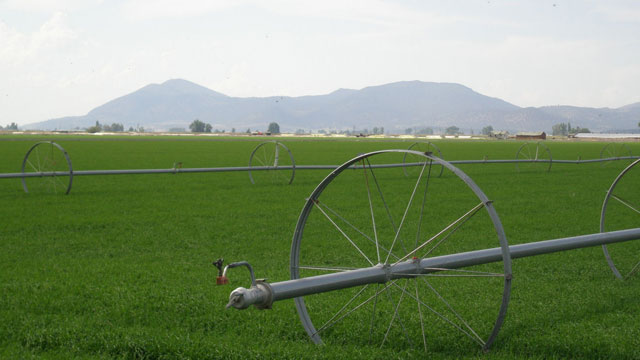 In the first ever U.S. Supreme Court decision on genetically modified crops, justices overturned a lower court’s ban on the planting of alfalfa seeds engineered to resist a Monsanto herbicide.

The case is a win for the biotechnology industry, and potentially sets a precedent for future litigation on GM foods.

Alfalfa is highly susceptible to being outcompeted by weeds, so it’s important to control them to achieve a viable crop. This herbicide-ready roundup seed allows growers to spray the herbicide over the entire field and effectively kill all the weeds while leaving the alfalfa in fine shape.

The decision was lamented by food safety groups who fear the relatively unknown long term effects of consuming genetically altered crops. In addition, organic alfalfa growers fear that the GM alfalfa will contaminate their crops through genetic drift. Starting next summer, when the first GM alfalfa hits supermarket shelves, there will be no means for American consumers to determine if their conventional alfalfa is genetically altered since their is no labeling system in the U.S. There is always one way to avoid it, though — buy organic.