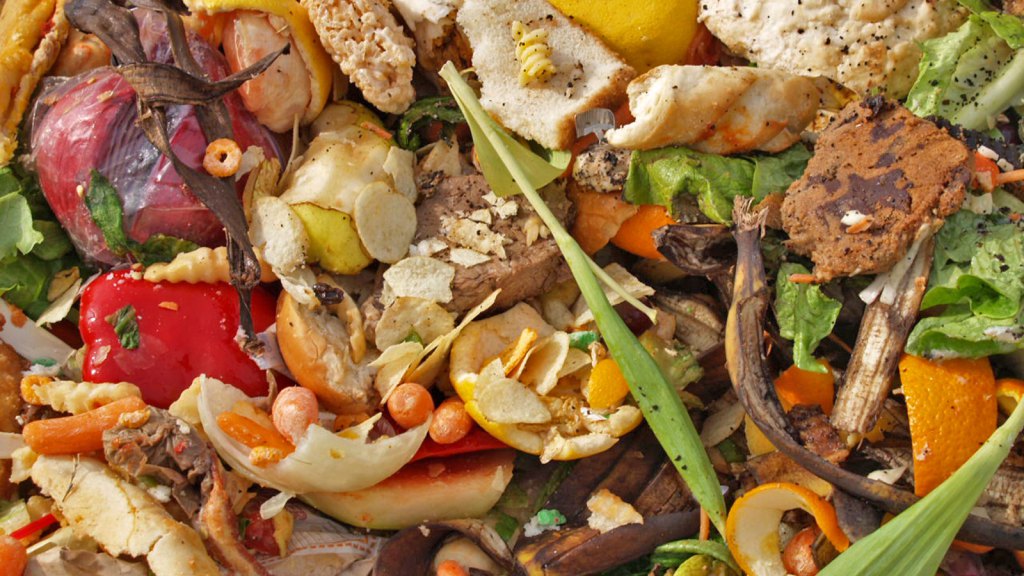 Hold on to your food scraps, people! Anaerobic digestion is very in right now, and you know what that means — your self-righteous compost bins might not be the only game in town anymore when it comes to reducing food waste.

What’s anaerobic digestion, you ask? Simple — let a bunch of bacteria feast on your unwanted food (or any organic matter, really) in an oxygen-free environment and out comes biogas, a mixture of mostly carbon dioxide and methane. That biogas can be used to generate heat and electricity; people have already used it to power cars, supermarkets, and even Disney World!

But a new idea from scientists in Europe takes the half-eaten, rotting cake. Ever hear of graphene? You know, the human-made, two-dimensional wonder material that’s stronger than steel, more conductive than copper, and about to revolutionize everything everywhere, just as soon as we figure out how to mass produce and implement it? Well, researchers at a company called PlasCarb are trying to turn biogas into graphitic carbon (a.k.a. the precursor to graphene). The process would also produce plenty of hydrogen, which is a potential renewable fuel source.

If you’re not totally psyched about the miracle material yet, you will be just as soon as you read about these six ways graphene could make the world a more sustainable place — updatable newspapers and flexible smart cards, anyone?

But before you get too excited, I’m going to let The Guardian kill your buzz a little:

Graphene and hydrogen from surplus food are desirable alternatives, but despite the exciting prospects they offer, [project leader Neville] Slack and his team aren’t getting ahead of themselves. There is still a question of scalability and how both small and large businesses could access the technology to deal with their waste. He says the project is still in its infancy — it’s in its second year of its three-year duration — and that the economics of it all need to be ascertained. A pilot trial lasting at least a month will see 150 tonnes of food transformed into 25,000 cubic metres of biogas and then on into the graphitic carbon and renewable hydrogen. The results of this will give the team some indication about future market interest and uptake.

There’s no doubt that, if scaled up successfully, PlasCarb could play a key role in helping prolong food’s life cycle. But Slack suggests that it doesn’t take away from the fact that, in an ideal world, there wouldn’t be any waste at all.

Ah yes, a world without food waste. Grist is firmly with you on that one, Slack, but until we reach that glorious utopia, here’s to hoping the making-gross-old-food-into-fancy-new-tech thing works out — and while we’re at it, here’s to hoping we also get better at using graphene.