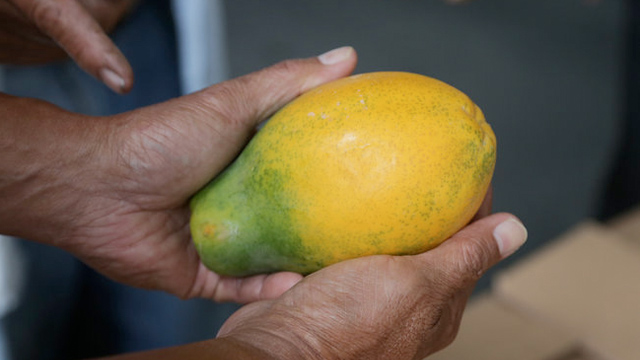 In the Sunday edition of The New York Times, Amy Harmon delivers a riveting long read about the battle over banning genetically modified crops on the island of Hawaii. The story follows the case of Greggor Ilagan, a Big Island councillor who supported the ban along with his liberal constituents. Wary of GMO scare stories, Ilagan sets out on a quest for the truth. Harmon traces the path of his intellectual awakening, as he debunks every one of the claims set forth by GMO opponents. Ilagan’s story highlights a broader issue, as Harmon writes:

But the groundswell against genetically modified food has rankled many scientists, who argue that opponents of G.M.O.s have distorted the risks associated with them and underplayed the risks of failing to try to use the technology to improve how food is grown. Wading into a debate that has more typically pitted activists against industry, some have argued that opposition from even small pockets of an American elite influences investment in research and the deployment of genetically modified crops, particularly in the developing world, where hunger raises the stakes.

The piece also carries an interesting sidenote about political culture, with Harmon comparing the anti-GMO camp on the political left with climate change deniers on the right:

Scientists, who have come to rely on liberals in political battles over stem-cell research, climate change and the teaching of evolution, have been dismayed to find themselves at odds with their traditional allies on this issue. Some compare the hostility to G.M.O.s to the rejection of climate-change science, except with liberal opponents instead of conservative ones.

At The New Republic, Isaac Chotiner expounds on this topic and highlights another irony: Harmon’s article was published in “the most important liberal publication in the country.”

Harmon’s piece is a must read. You can find it here.

Photo by Jim Wilson for The New York Times