SXSW Eco Recap: Caring About Food is a Responsibility 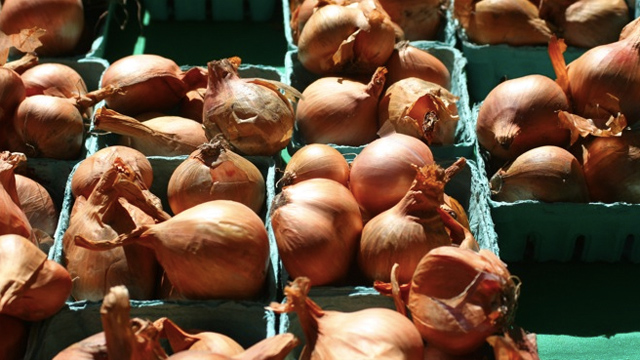 I have been known to say a similar thing, but when it came from the mouth of a Ugandan farmer, the words were more powerful than I could ever make them.

Sitting to the right of Constance Okollet on a panel titled Food Anthropology at SXSW Eco in Austin last week, I was humbled as she emphasized what food meant to her and her community. Okollet is  peasant farmer from Osukuru subcounty, Tororo district in eastern Uganda, Africa and a mother of seven. As if that wasn’t enough, she’s the Chairperson of Osukuru United Women Network, working on agriculture  health and the environment,  and a founding member of Climate Wise Women, traveling the world advocating against climate change and its effects on the communities around her.

During the course of our panel, we learned about her community’s reduced access to food — the effects of climate change have reduced the growing season and in turn the diversity of produce that can be grown. As she talked I became acutely aware of my privilege in even having access to some of the most basic food products.

The goal with the panel was to talk about whether or not our heightened awareness and discussion of food is having an effect on the people that need it the most. Does our Instagramming and food blogging really mean that people are eating better here at home and abroad? When you look at the case of Okollet and other subsistent farming communities around the world, it’s easy to come up with a resounding “no.” While we’re busy perfectly placing a stalk of rosemary next to the batch of homemade muffins so that the picture with a filter to subdue the colors will look a little more quaint, there are millions of people around the world, and here at home, going hungry.

You simply can’t argue your way out of that one.