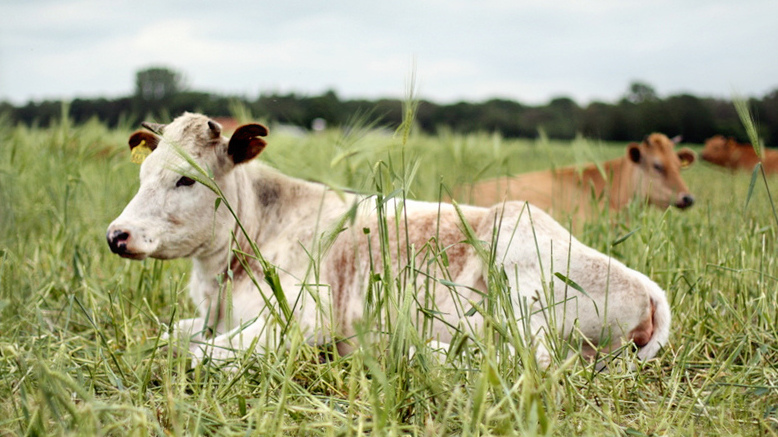 Eating food that was raised locally is all well and good, but if the meat in your organic, grass-fed burger was processed in some massive slaughterhouse across state lines, it kind of defeats the purpose. And in all likelihood, it probably wasn’t processed anywhere nearby.

That’s because the meat industry, like much else in U.S. agriculture, is a highly consolidated beast. According to University of Missouri research, four giant companies — Tyson, Cargill, Swift and Co., and National Beef Packing Co. — produce over 80 percent of U.S. beef. The growing consolidation has pushed out independent slaughterhouses and left mom-and-pop livestock farmers with options for processing their animals.

But some small-scale cattle producers are taking the proverbial bull by the horns in an effort to keep their beef–not to mention jobs–truly local. In Washington, where most grass-fed beef raised on the eastern plains journeys to Oregon or Idaho for processing, the Cattle Producers of Washington (CpoW) are opening a new slaughterhouse in Odessa (Lincoln County) that will cater exclusively to small eastern Washington ranches.

“We don’t want to be the next Tyson or Cargill, processing large numbers of animals for national distribution,” says Willard Wolf, President of CPoW. “We are not interested in competing on that level. The whole idea is to have quality control and humane processing for local cattle, hogs, sheep and goats that provides consumers in the state with [the] locally produced products they are demanding. Having a producer-owned plan will help keep dollars, ranchers and farmers in our communities.”

Meanwhile, mobile slaughterhouses are being used for very small scale processing of animals on-farm. The first such slaughterhouse to be sanctioned by the USDA is based on Lopez Island in Washington state, where it’s making local slaughter available and affordable to small farmers in the region.

With the popularity of local food on the rise, it’s good to see small farmers innovating new approaches to processing to help meet the demand.