Tom Colicchio Will Save the World 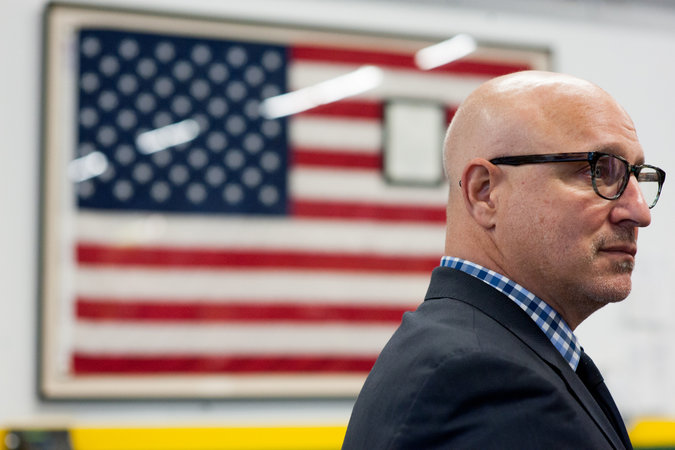 The New York Times has published a profile on chef and food activist Tom Colicchio that shows just what a bad ass the guy really us. Over his storied, 20-plus year career, the “Top Chef” judge and owner of the Craft chain of restaurants has emerged as one of the most powerful advocates of the sustainable food movement:

Though the field is crowded with colleagues and competitors — Mario Batali, for one, has taken on fracking as an issue — Mr. Colicchio’s advocacy work is arguably unmatched in both stridency and scope. “There are a lot of chefs who understand that food has been good to them and, because of that, believe that everyone should have access to good food,” said Margarette Purvis, president of the Food Bank for New York City, the largest local anti-hunger group. “But Tom has stepped it up to the next level. He’s not only knowledgeable, he’s incredibly committed. And he’s really down there fighting in the trenches.”

Collichio is an erudite food advocate who well-versed in policy issues, whether its healthy soil, crop yields or pesticides. And he understands that advocacy really comes down to votes:

“As soon as one legislator loses their job over how they vote on food issues, we’re going to send a clear message to Congress that we’re organized and we’re viable and strong,” he said. “We’re going to make clear that, yes, we do have a food movement — and that it’s coming for you.”

Photo: Chef Colicchio at the Community FoodBank of New Jersey in Hillside, where he urged Gov. Chris Christie not to reduce funds for an anti-hunger program. (Nancy Borowick for The New York Times)