Turn the Lights Up 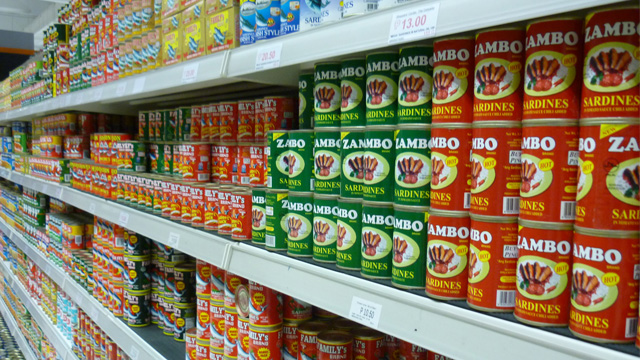 Americans care about the food we eat and feed our families, now more than ever. In the span of just a few weeks, “pink slime” became a consumer phenomenon, leading to the unprecedented rapid-fire removal of the product from major stores and schools, the closure of production plants and USDA approval of voluntary labeling. Talk about legislation through retail.

It’s not just ammonia in beef. Consumers are largely in the dark when it comes to how our food is produced — whether it’s artificial growth hormones in milk, antibiotics, Benadryl and other drugs in meat or genetically engineered ingredients hidden in processed foods.

Our food system has been adept at keeping the lights out or at least dimmed. But that is changing. The Internet has made information for many abundant and readily accessible at any time. Having the information we need to make an informed choice is no longer simply expected. It’s required.
It’s not just fringe activists and foodies who demand to know more about what we eat. We all want to know. Just look at the results of a recent Mellman Group poll completed for the Just Label It Campaign. The study showed that more than nine out of ten voters (91%) across all demographics — including political parties, gender, age and socio economic status — support labeling genetically engineered foods and the right to know.

Nearly all Democrats (93%), Independents (90%) and Republicans (89%) support labeling of genetically engineered foods. At a time when partisan rancor dominates the public conversation, there are few topics that can muster such overwhelming support. The right to know is a core American value, part of the building blocks of our democracy.

This value of the right to know is what drove more than 500 diverse organizations from across the nation to put aside their differences to work together for the labeling of genetically engineered foods (also called GMOs). The Just Label It Campaign generated a record-breaking 1.1 million comments on a petition to the U.S. Food & Drug Administration (FDA) calling for GMO labeling. Never before in the history of the FDA have so many people unified in support of such a petition — and they did it in just 180 days.

The trend is catching fire, as informed consumers are asking for the right to know about the foods they’re purchasing and consuming. Today, the California Right to Know 2012 Ballot Initiative has officially become the first state to gather enough signatures (971,126) to put the labeling of genetically engineered foods on its statewide ballot this fall.

A study from the Center for Food Integrity, a coalition of agricultural business and industry associations including the American Farm Bureau, Tyson Foods and Monsanto, whose mission is “to build consumer trust and confidence in today’s food system” concludes: “As consumer values change, the food system needs to evaluate and potentially modify current practices and fundamentally change the way it communicates in order to maintain consumer trust.” Instead of fighting transparency, it’s time to embrace it.

As the chairman of a $370 million national yogurt company, I’ve watched the consumer demand for more information about our food explode over the past decade. Whether it’s the source of the ingredients, increases in agri-chemicals, hormones, antibiotics, plastics additives or potential allergens, the public is clearly far more engaged in making informed choices than ever before.

It is clear that the marketplace will shift long before government will and that smart companies are already responding to consumer desire for more transparency. But when will the government catch-up?

We all want peace of mind about our food. We want the information we need to make the best possible choices for our families. Our government can no longer ignore the voices of millions of Americans. Only by respecting that right, and the will of the people, will we be able to trust that our government agencies have the best interests of the American people as their top priority.

So let’s turn the lights all the way up. The FDA should start by following the practices of more than 40 other nations and the wishes of nine out of ten Americans and label genetically engineered foods.

Gary Hirshberg’s new book, Stirring It Up: How to Make Money and Save the World, is available at Amazon.